DUMMY PROMO DO NOT REMOVE
A Huge Hello & Welcome To The Brand New...
Free Delivery on orders over £70
Goodfellows at Home | We LoveChef FeatureChef of the Month: Mark Heirs
Menu
Chef Feature

Chef of the Month: Mark Heirs

May has been a fabulous month here at Goodfellows at Home! We launched our fantastic new ‘Kitchen & Baking’ range, which is all about bringing you, the home cooks, all the best kit used in professional kitchens from pastry to chef knives! Have a browse here. We went all ‘moody’ on our Get the Look page with the hottest new trend ‘Scandi-Cool’. You can create your own Scandinavian look at home – go on have a play around!

We also celebrated the talented Mark Heirs as our Chef of the Month. In case you didn’t know, Mark is a private chef. He’s pretty good at it too – he was crowned Private Chef of the Year in 2018! 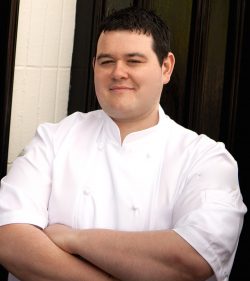 Mark’s work takes him around the globe, working with a variety of exclusive clients, which includes some of the biggest Hollywood stars and the world’s most respected business tycoons. It all sounds very glamorous, but Mark is the first to admit that being a personal chef can be very challenging, especially when working to strict guidelines, but it is equally rewarding. 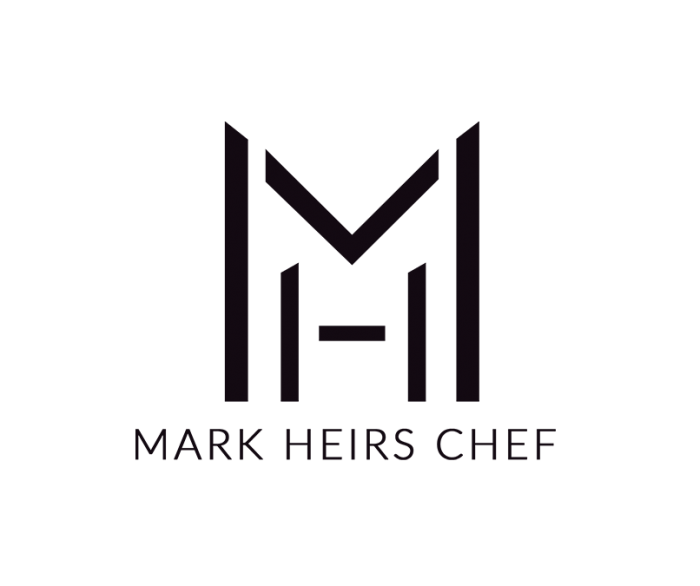 So where did Mark’s chef journey begin? Well, it’s in his blood. Becoming a chef seemed such a natural career path for Mark, especially as he worked in his parent’s restaurants from such a young age.

He attended catering college in Glasgow and began working in restaurants such as Glasgow’s One Devonshire Gardens and Heston Blumenthal’s 2 Michelin Starred Fat Duck and then went on to feature on BBC’s first ever Master Chefs: The Professional TV show.

After teaching in a high profile cookery school and also becoming a partner in his family business, in 2014 Mark decided to move away from the restaurant industry and put his all into becoming a private chef. In just five years, Mark has swiftly made a name for himself and is probably one of the most sought after private chefs in the country!

Mark is always on the go! As well as travelling the world and cooking for his clients, he also appears on Scottish television shows and hosts cookery demonstrations at food festivals across the UK. He is also an ambassador for Springboard, the UK’s hospitality charity, where he spends a lot of his free time in schools and colleges inspiring the next generation of chefs! What an inspiration!

So for all of you budding private chefs, we asked Mark what ‘a day in the life of a private chef’ is really like. Personal Chefs are typically hired for a set period of time to look after all of their clients culinary needs, morning, noon and night. They are responsible for running the kitchen in the client’s residence, liaising with other household staff, placing food orders (which can be hard in areas outside of the UK) and keeping the kitchen and food store areas organised and tidy.

Then there is the private dining, which are usually one off dinners and events. Mark says he has seen a massive growth in people hosting events at home. For this, he tailors menus and can do anything from 3 course suppers to elaborate multi-course tasting menus. He also takes care of setting the table and clearing up. Sounds perfect, there’s our next dinner party sorted!

Interested to know more about Mark’s cooking skills? His style is very simple, tending to only use 2 or 3 ingredients on a plate, but using each ingredients in a couple of different ways. It is all about using the freshest, seasonal ingredients as possible. At the moment, his signature dish is Cured Scottish Salmon – yum, perfect choice for summer!

For more information about Mark and his life as a private chef, just head over to his page. He has also put together some new recipes, especially for his time as Chef of Month – go check them out here. You can also shop Mark’s favourite plates here.