DUMMY PROMO DO NOT REMOVE
A Huge Hello & Welcome To The Brand New...
Free Delivery on orders over £70
Goodfellows at Home | We LoveChef FeatureCHEF OF THE MONTH: KENNY ATKINSON
Menu
Chef Feature, North East, Tableware Trends

CHEF OF THE MONTH: KENNY ATKINSON

There’s a reason why Kenny Atkinson is the first chef to be crowned our Chef of the Month. Actually, there’s more than just one reason! Chef owner of Newcastle’s renowned House of Tides restaurant, Kenny Atkinson is the man to follow if you are looking to start a career in the hospitality industry. We are in awe of his talent and success! 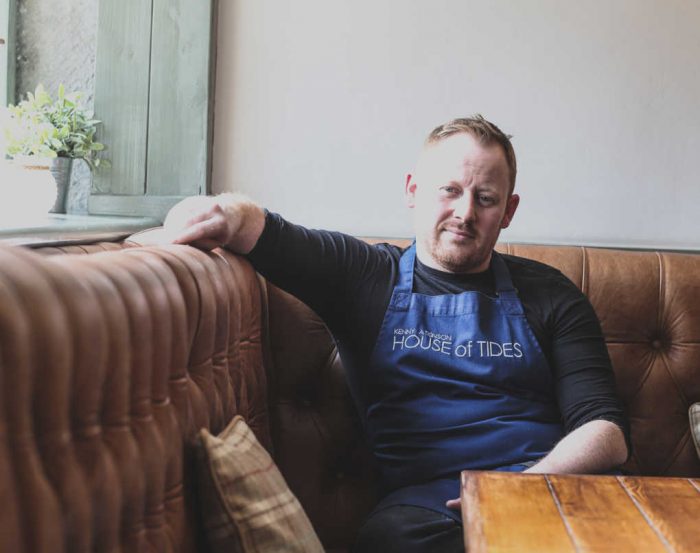 Kenny is well known in the North East region because of House of Tides (seriously, his restaurant is just pure class, find out more here), however, if you are not from the area, then you probably recognise Kenny from his TV appearances. He is a regular on BBC 1’s Saturday Kitchen and ITV’s Saturday Morning with James Martin. Like us, if you are an avid follower of BBC 2’s Great British Menu, then you will know that Kenny appeared and got his dishes through to the Banquet in 2009 and then again in 2010. This is when his TV career started to flourish, with people around the UK falling in love with the cheeky, Geordie chap. 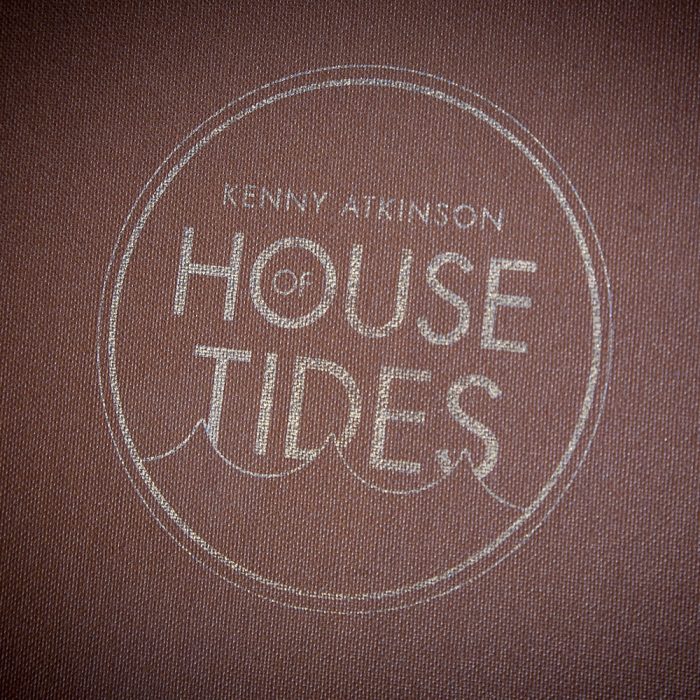 But where did it all begin for Kenny? Looking back at his story, there’s one thing we know for certain, he is not afraid of hard work and dedication, which is something aspiring chefs can look up to. He literally started at the bottom (as a teenager, working in his uncle’s hotel washing pots and pans) and worked his way up to the top (to owning his very own award-winning restaurant). 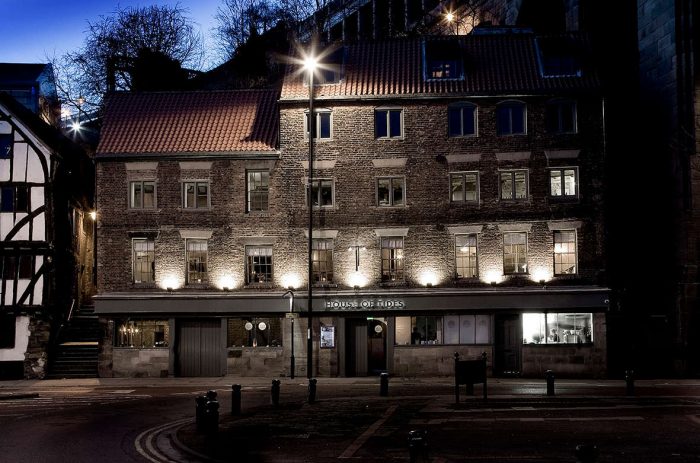 After graduating from catering college, Kenny worked in various hotels and restaurants around Newcastle and also did a brief stint in Crete. During this time, Kenny was already starting to get noticed. It was Steve Waites who was one of the first chefs to spot Kenny and he took him to his restaurant in the Midlands.

Kenny also worked for Stephen Radley at his restaurant in the Chester Grosvenor, who told him to move to London, which was where he gained a position at the iconic Mandarin Oriental Hotel. His reputation was really cemented when he took over as Head Chef of the Greenway Hotel in Cheltenham, which gained 3AA Rosettes under his command. And this was when awards and accolades followed wherever Kenny went. He gained his first Michelin Star back in 2008 when he was Head Chef at Team in Scilly Isles. This then led him back to his beloved North East, where he claimed another Star at Seaham Hall’s White Room. 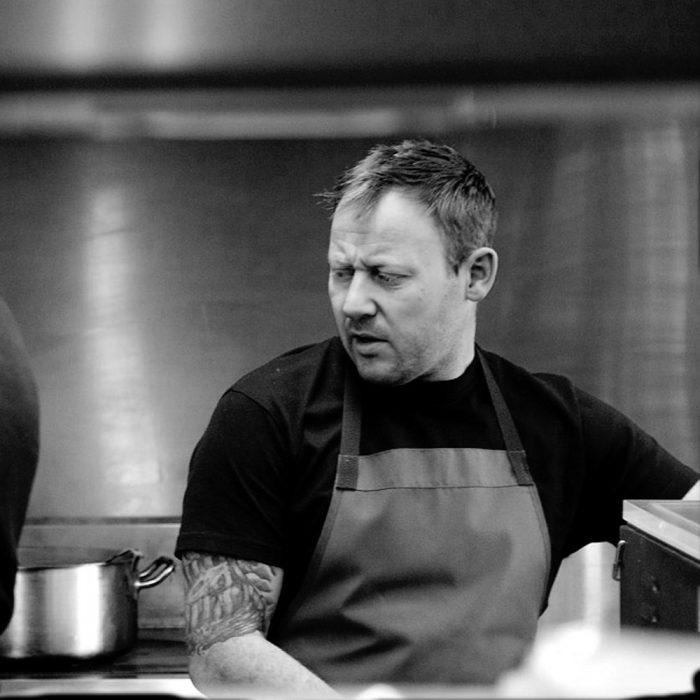 His success from the TV show, Great British Menu, opened up another opportunity for Kenny, as Food Director at Rockliffe Hall. This would be his last position working for hotels and restaurant as from here he opened his very own restaurant, House of Tides.

If you have ever visited the city of Newcastle, then you have probably strolled along its iconic quayside. Located just off the main promenade is Kenny’s House of Tides. Kenny and his wife Abbie completely restored the Grade 1 listed former merchants town house into a beautiful 50 cover restaurant. It is the proud holder of 4 AA Rosettes and a Michelin Star, which was impressively awarded after just a year of its opening. 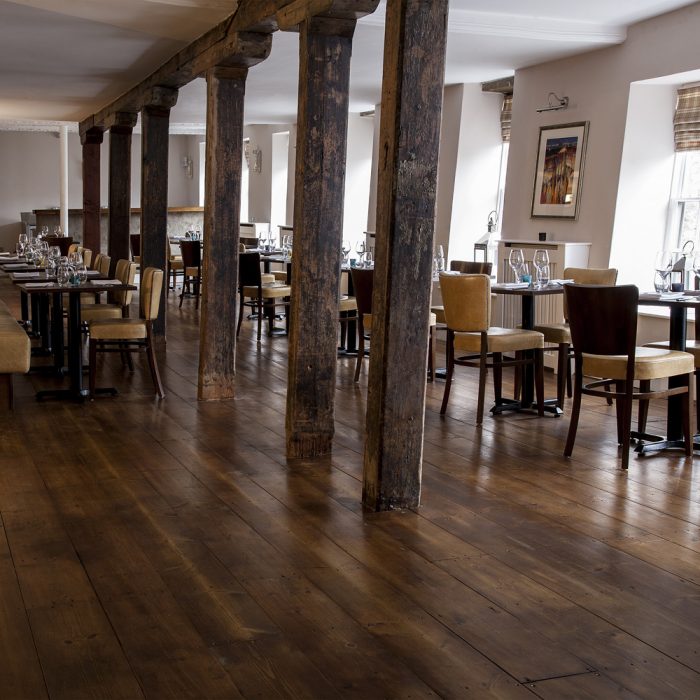 It is Kenny’s casual, informal fine dining style that draws people from far and wide to the restaurant. The menu changes every season but is always beautifully simple, using only the best North East produce. 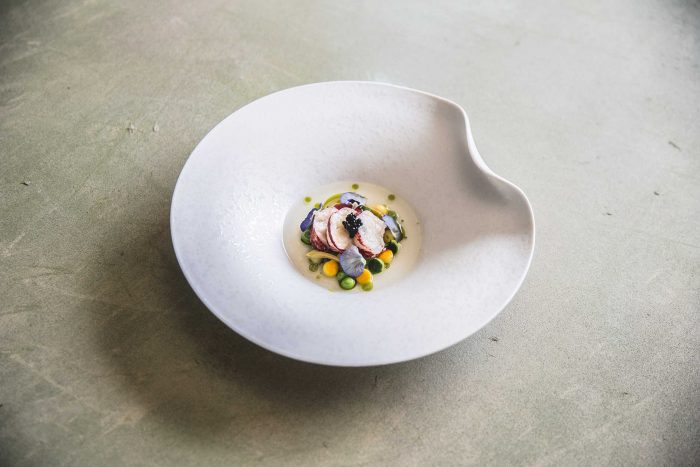 Well Kenny, you have been on quite a culinary journey and are showing no signs of slowing down any time soon either! We are honoured to have you as our Chef of the Month!

Want to copy Kenny’s style? Then check out his shop here.